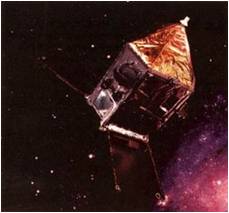 Francesco Donati and the EICAS Team cooperated in the ESA Hipparcos scientific mission for more than 20 years, since the early 1980s up to the mission conclusion (1997). The on ground satellite attitude reconstruction - used for the HIPPARCOS Catalogue production - was carried out by EICAS with proprietary algorithms, by using only  star measurements during all the mission (3.5 years) with an accuracy varying in the range of 30-60 milliarcsec. It is possible to assert that it has been in the world the first attitude determination from only star measurements and the best accuracy ever reached in the attitude reconstruction of any spacecraft. 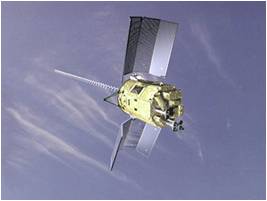 Thereafter, in the context of two contracts with ESA – the AST (Autonomous Star Tracker) project in co-operation with Alenia Spazio and the MHS2 (Miniaturized Multiple Head High Rate Star Sensor) project in co-operation with EADS Sodern – EICAS designed, with full property rights, a new multi-camera system for spacecraft attitude determination. Specifically, EICAS is the owner of the multi-camera attitude estimation methodology and of the related application software, the latter being available both in the version for the CCD (Charge Coupled Device) cameras and in the version for the APS (Active Pixel Sensor) cameras. 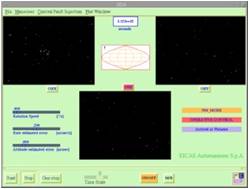 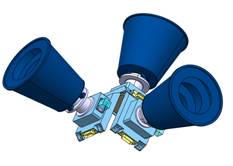 After MHS2, EICAS began a transfer of the attitude measurement know-how earned in the space field towards a series of innovative industrial automation applications, within the Italian projects AMICO (Advanced Monitoring and Intelligent Control) and ADIUVARE (Adaptive and flexible welding cell through advanced vision systems and A.R.) and the European projects ARFLEX (Adaptive Robots for Flexible manufacturing Systems) and FREE (Flexible & safe interactive human-Robot Environment for small batch Exacting applications). A highly accurate multicamera measurement system - based on low cost cameras - was realized to get position and attitude of a moving body equipped with markers in the area framed by cameras, following a dual approach with respect to space. During these experiences, EICAS successfully experimented an auto-calibration procedure of camera models and relative pose allowing the use of cameras without any specific metrological characteristics.

The camera auto-calibration concept was transferred back to space and described in a scientific paper presented by EICAS at SAE International of Toulouse (F) in 2011. The concept is to use stars to execute the camera model and relative attitude calibration, as stars represent an extraordinary metrological standard, far more accurate than standards currently used to calibrate high precision cameras in laboratory.  ARGO was born!

As a part of the recently-completed CADET (CApture and DE-orbiting Technologies) project, coordinated by Aviospace S.r.l. - an Airbus Defence and Space company - EICAS demonstrated the feasibility of the proposed ARGO solution by realizing a multicamera prototype, fully operational with auto-calibration and assessed through a night sky test campaign.

On 2016, after the successful results achieved in CADET,  EICAS decided to apply for a grant under the H2020-SMEINST-2-2016-2017 Call, presenting the ARGO proposal, aiming at demonstrating and validating ARGO up to TRL9. The proposal WAS SUCCESSFUL IN A HIGHLY COMPETITIVE EVALUATION PROCESS and received both the Seal of Excellence and the grant by the European Commission. Consequently, the ARGO project started on 1st of October 2016 and lasted until October 2020. An ARGO 1.0 flight model has been assessed up to TRL8 through on ground qualification tests and has been integrated in the D-Orbit ION SVC2 platform for the in-orbit demonstration mission. Successively, on January 24, 2021 this platform has been launched and ARGO is now in orbit. The IOD campaign is foreseen to last about 12 month.
Follows all news and updates about our project in the dedicated ARGO project website!!!

In the context of a contract with ESA, EICAS is working on ARGO 2.0 which intends to be a ‘smart redesign’ of the ARGO 1.0 architecture, suitable for future large constellations. Its main features would be a further reduction of mass and power consumption, moving part of the software on the OBC of the hosting platform, and seamless integration with the platform control.